Repetitive nocturnal sympathetic activation during episodes of apnea and postapneic hyperventilation increases cardiovascular risk. The effects of hypopnea and non-apneic, non-hypopneic intervals before and after hypopnea/apnea on sympathico-vagal balance have not been assessed yet.

Hypopnea and non-apneic, non-hypopneic intervals before and after hypopnea/apnea cause increased sympathetic activity when compared to normal respiration in nonREM stages 2–4.

A total of 34 patients were studied using in-laboratory polysomnography including continuous ECG recording. Absolute spectral power of heart rate variability in the very low (VLF), low (LF), and high frequency (HF) bands and low frequency to high frequency power ratio (LF/HF ratio) were analyzed during apnea, hypopnea, and during the pre- and post-phases of such respiratory episodes and compared to spectral powers during normal respiration in nonREM sleep 2–4.

Patients with hypopnea and/or obstructive apnea showed higher power of VLF and the LF/HF ratio in intervals of hypopnea/apnea and in non-apneic, non-hypopneic intervals before and after hypopnea/apnea compared to normal respiration in nonREM stages 2–4. 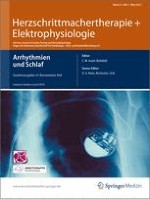