The aim of this study was to examine the relationship between polyunsaturated fatty acids (PUFA) intake (n-6 and n-3) and mortality in a population-based sample with a low fish intake.

Cox regression was used to examine the relationships between dietary PUFA intake and all-cause or CVD mortality in the Australian Diabetes, Obesity and Lifestyle Study (AusDiab) cohort, a population of 11,247 Australians aged ≥25 years recruited in 1999/2000 and followed until 2012. Demographic, lifestyle and behavioural information were collected by questionnaire and fasting blood tests undertaken. Dietary intake was collected by a 121-item food frequency questionnaire. Vital status and causes of death were collected by death registry linkage.

These findings do not support previous suggestions that n-6 PUFA have adverse effects on CVD risk. Greater intake of non-fried fish was associated with lower risk of CVD mortality, but those with the highest total n-3 intake were at slightly increased risk of all-cause mortality. 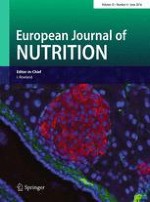 Relationship of three different types of low-carbohydrate diet to cardiometabolic risk factors in a Japanese population: the INTERMAP/INTERLIPID Study