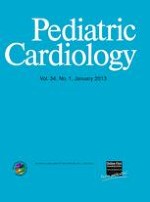 Comparison of the Efficacy of Different-Sized Amplatzer Duct Occluders (I, II, and II AS) in Children Weighing Less Than 10 kg