The online version of this article (doi:10.​1007/​s00534-011-0468-4) contains supplementary material, which is available to authorized users.
This article is based on studies first reported in Highly Advanced Surgery for Hepato-Biliary-Pancreatic Field (in Japanese). Tokyo: Igaku-Shoin, 2010.

Superior mesenteric vein (SMV) resection during pancreaticoduodenectomy (PD) for pancreatic cancer was first reported by Moore in 1951. In Japan, utilization of portal vein resection (PVR) became popular beginning in the late 1970s and has resulted in an improved resection rate for pancreatic cancer. Outcomes of PVR differ according to the reported year and institution. In a recent report of meta-analysis, there was no difference in outcomes after PVR if R0 (negative surgical margins) resection was possible. Pancreatic surgery including vascular resection must be re-evaluated in light of recent advances in diagnostic imaging and surgical techniques, lower mortality and morbidity after PVR, and improvements in adjuvant and neo-adjuvant therapy. Isolated portal vein involvement should not be a contraindication to resection. Portal vein resection should be considered after appropriate patient selection based on an accurate diagnosis, provided that safe R0 resection is possible. We describe technical details and considerations for PVR during PD in this paper. 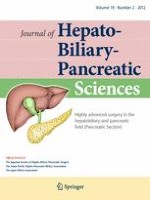