A significant association is known between increased glycaemic variability and mortality in critical patients. To ascertain whether glycaemic profiles during the first week after liver transplantation might be associated with long-term mortality in these patients, by analysing whether diabetic status modified this relationship.

Patients registered a survival rate of 85% at 1 year and 65% at 10 years, without differences in mortality between patients with and without diabetes. In glucose profiles, however, differences were observed between patients with and without diabetes: patients with diabetes registered lower baseline glucose values, which gradually rose until reaching a peak on days 2–3 and then subsequently declined, diabetic subjects started from higher values which gradually decreased across the first week. Patients with diabetes showed an association between mortality and age, Model for End-Stage Liver Disease score (MELD) score and hepatitis C virus; among non-diabetic patients, mortality was associated with age, body mass index, malignant aetiology, red blood cell requirements and parenteral nutrition. Glucose profiles were observed to be statistically associated with mortality among patients without diabetes (P = 0.022) but not among patients who presented with diabetes prior to transplantation (P = 0.689). 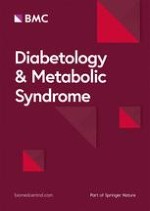