During the outbreak of the Middle East Respiratory Syndrome coronavirus (MERS-CoV) in South Korea in 2015, 186 confirmed cases were reported, including one patient with maintenance hemodialysis (HD); 36 (19.4%) of the patients died. In the course of coping with MERS-CoV, 16,752 people were quarantined. Some dialysis patients in three HD units were incidentally exposed to patients or healthcare workers with confirmed MERS-CoV infection. To interrupt the spread of MERS-CoV, these individuals were isolated from the community during the outbreak.
A life-threatening physical illness can lead to various psychological symptoms after recovery. In 2003, severe acute respiratory syndrome (SARS) spread across 30 countries, and those who were infected experienced social stigma and reported mental health problems such as anxiety, depression, and post-traumatic stress disorder (PTSD) [ 1– 4]. In Hong Kong, the mental health of 1394 SARS survivors was assessed; 47.8% of the sampled participants experienced PTSD symptoms after recovery, and 25.6% of those who had PTSD symptoms continued experiencing mental health issues up to 30 months after the outbreak [ 5].
Anzeige
Patients with HD have a high risk of accompanying psychiatric illnesses such as depression, anxiety, and stress symptoms [ 6– 8], and previous exposure to trauma indicates a greater risk of stress symptoms from a subsequent trauma [ 9]. In the outbreak of MERS-CoV in South Korea, some HD patients were quarantined irrespective of their own will to prevent secondary MERS-CoV infection. Fortunately, no further patients were infected by MERS-CoV; however, the possibility of a life-threatening infection and quarantine can be more traumatic to patients with chronic kidney disease than to the general population. The experience of those placed under quarantine in terms of compliance, emotional response, and psychological impact remains under-researched in HD patients. This study examined post-traumatic stress symptoms and associated factors among HD patients who were exposed to MERS-CoV-infected patients and isolated for a certain period.

A total of 116 HD patients were isolated in Kyung Hee University at Kangdong, Gangeung Medical Center and Kangdong Sacred Heart Hospital during the outbreak of MERS in Korea. Among those, 89 patients were included in this study because 27 were lost to follow-up at 12 months after quarantine. One HD patient and a head nurse in the HD room at the first two hospitals were confirmed to be MERS-CoV-infected. As a result, 107 HD patients at these two hospitals were suspected to have been exposed to the confirmed cases. In the third hospital, 9 HD patients were exposed to MERS-CoV from a confirmed case outside HD units. All three HD units performed isolation practice to prevent the further spread of MERS-CoV among maintenance HD patients.

According to the “Middle East respiratory syndrome clinical practice guideline for HD facilities” by the Korean Society of Nephrology during the MERS-CoV outbreak in 2015, a patient in close contact with a MERS patient, without fever or respiratory symptoms, would be subjected to hospitalized quarantine for 14 days since last exposure [ 10]. Close contact refers to a receiver of dialysis who was in the same place, at the same time as a suspected or confirmed MERS patient in the symptomatic period [ 11]. Asymptomatic casual contacts should be subjected to cohort isolation for 14 days after exposure and closely monitored for any suspicious symptoms. Casual contact refers to those who received dialysis on the same day, in the same room as a patient with suspected or confirmed MERS-CoV infection, but at different times and on different beds during the symptomatic period, without having worn appropriate personal protective equipment. Hospitalized quarantine was defined as single room or cohort isolation. Patients isolated in a single room received dialysis in their own rooms installed with dialysis machines. “Cohort isolation” is a method of hospitalized quarantine during HD treatment, in a shared HD room. Self-quarantine applied to a patient who received dialysis on a different day from dialysis date of MERS-CoV confirmed case or to patients who were exposed to MERS-CoV from a confirmed case outside HD units and had no respiratory symptoms. The patient was monitored for the development of fever or respiratory symptoms during quarantine.

Demographic information including age, gender, HD duration, history of diabetes mellitus, and previous cardiovascular diseaselaboratory data including hemoglobin, albumin, and hsCRP were collected at the time of enrollment.
Anzeige
A survey was conducted at 12 months after the isolation period. Post-traumatic stress symptoms were assessed with the Impact of Event Scale-Revised-Korean (IES-R-K), which showed good reliability and validity for the assessment of PTSD symptom severity [ 12]. The scale consisted of the following four factors: intrusion; avoidance; hyperarousal; and sleep disturbance, emotional numbing, and dissociation. A five-point Likert scale was used with response options ranging from “0 = Never” to “4 = Very often.” A high total score represented high severity of the symptoms; so, a total score of 18 or more was used as a cut-off [ 12]. The alpha coefficient for this sample was 0.873.

The present study examined post-traumatic stress symptoms from the quarantine experience of HD patients during the outbreak of MERS-CoV in Korea. In total, 17.9% of the patients developed stress symptoms with scores over the IES-R-K cut-off. Several studies have reported the psychological impact of the quarantine experience [ 13, 14]. Reynolds et al. showed that of the feelings experienced during SARS quarantine, boredom (62.2%), isolation (60.6%), and frustration (58.5%) were most commonly reported. In that study, an IES-R score of at least 20 was obtained by 14.6% of respondents [ 14]. In a study on the psychological effects of SARS quarantine in Toronto, the 129 quarantined persons who responded to a Web-based survey exhibited a high prevalence of psychological distress [ 13]. Symptoms of PTSD and depression were observed in 28.9 and 31.2% of respondents, respectively. In these studies, quarantine type was home or work. Subjects were not hospitalized.
The results of this study revealed that isolation duration is negatively associated with IES-R-K score. This result is contrary to those of previous studies that showed a positive correlation between quarantine duration and post-traumatic stress symptoms [ 13, 14]. However, isolation duration does not mean duration only, but also represents participants’ cooperativeness with the mandatory quarantine request. When HD patients who were exposed to MERS-CoV were asked to undergo mandatory quarantine, some were cooperative, such that they were admitted immediately following instructions by medical staff. Others resisted the isolation, dragging on until, finally, they were forcibly hospitalized at a later stage. Since all participants were later released from quarantine on the same day, the isolation duration indicated their cooperativeness with the mandatory quarantine and their trust in the prevention system of epidemics. Therefore, the results of this study indicated that participants who cooperated with the isolation request and received longer support reported fewer post-traumatic stress symptoms. At the subscale level, patients quarantined for less than 16 days showed higher avoidance, emotional numbing, and dissociation, compared to those quarantined for more than 16 days.
Psychological trauma causes not only post-traumatic stress symptoms such as intrusion, avoidance, and hyperarousal, but also many other somatic and psychiatric symptoms due to its complexity and the diversity of symptoms, showing high levels of comorbidity with other problems [ 15]. Based on Lee [ 16] suggestion regarding post-traumatic growth, trauma-related symptoms occur in sequential order, as follows: catatonia, emotional numbing, dissociation, fear, intrusion, paranoid ideation, avoidance, obsession, hyperarousal, anxiety, depression, existential emptiness, searching for meaning, and posttraumatic growth. The results of the current study, indicating that participants showed emotional numbing and dissociation more often, compared to intrusion, avoidance, and hyperarousal, in turn indicated that participants did not process the trauma and the isolation experience, so that their symptoms remained at the very early stage of processing trauma. This indicates that participants can experience subsequent symptoms of hyperarousal. Thus, psychological intervention and follow-up are needed.
Anzeige
In this study, being female was associated with post-traumatic stress symptoms. This is consistent with previous research that found gender differences in traumatized populations [ 17– 20]. Specifically, the score on the sleep disturbance subscale was higher among female subjects. Before the outbreak of MERS, 5.9% of participants ( n = 4) reported that they had pre-existing post-traumatic stress symptoms exceeding the cutoff point of the IES-R-K. This is higher than the current prevalence in the general population of a city in Korea (2.12%) [ 21]. This seems to be because the study sample comprised patients with HD, who are going through a life-threatening chronic disease.
There are several limitations in this study. First, this study had a low response rate and a small sample size. Therefore, the present findings may not be readily generalized to all isolated HD patients. Second, the IES-R-K is a self-report instrument tested 12 months after subjects’ exposure to MERS-CoV. Recall may have been affected and could have an impact on the reported results. Furthermore, other factors in addition to isolation experience might affect psychological stress in quarantined HD patients. Third, we had no information about subjects’ education level. Fourth, we did not measure other psychological and medical factors that could affect post-traumatic stress symptoms 12 months after isolation. Fifth, we didn’t investigate stress symptoms on HD patients without isolation as a control.
Despite these limitations, the results of this study show that quarantine can result in considerable psychological distress.. A shorter duration of quarantine was associated with high IES-R-K scores. Public health officials, infectious disease physicians, and psychologists must be aware of this result. Further research is needed to determine factors that influence the success of quarantine and in relation to the provision of additional support to patients who are at an increased risk of the adverse psychological effects of quarantine.

This study was approved by the Institutional Review Boards of Kangnam Sacred Heart Hospital (IRB No. 2015-11-134). Written informed consent was obtained from all patients before enrollment. 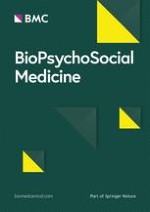 The effects of usual Care in Psychosocial Intervention Trials of patients with coronary artery disease: a systematic review