Pre-emptive transplantation is a well-established practice for certain types of end-organ failure such as in the use of kidney transplantation. For irreversible intestinal failure, total parenteral nutrition (TPN) remains the gold standard, due to the suboptimal long-term results of intestinal transplantation. As such, the only role for pre-emptive transplantation, if at all, will be for patients identified to be at high risk of complications and mortality while on definitive long-term TPN. In these patients, the timing of early listing and transplantation could become life-saving, taking into account that mortality on the waiting list is still the highest for intestinal candidates. The development of simulation models or pre-transplant scoring systems could help in selecting patients based on potential outcome on TPN or with transplantation, and recent reports from high-volume centers identify few underlying pathologic conditions and some TPN complications as at higher risk of increased morbidity and mortality. A pre-emptive transplant could be used as a rehabilitative procedure in a well-selected case-by-case scenario, among TPN patients at risk of liver failure, repeated central line infections, mesenteric infarction, short bowel syndrome (SBS) <50 cm or with end stoma, congenital mucosal disease, desmoid tumors: These conditions must be carefully evaluated, not to underestimate the clinical stage nor to over-estimate the impact of a temporary situation. At the present time, diseases with a variable and unpredictable course, such as intestinal dysmotility disorders, or quality of life and financial issues are still far from being considered as indications for a pre-emptive transplant. 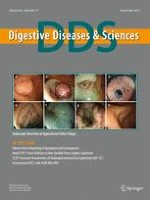