The pathogenesis leading to poor functional outcome after aneurysmal subarachnoid haemorrhage (aSAH) is multifactorial and not fully understood. We evaluated a machine learning approach based on easily determinable clinical and CT perfusion (CTP) features in the course of patient admission to predict the functional outcome 6 months after ictus.

In the final model, using 200 trees and the synthetic minority oversampling technique, median balanced accuracy was 84.4% (SD 0.7) over the training folds and 70.9% (SD 1.2) over the validation folds. The five most important features were the modified Fisher grade, age, MTT range, WFNS and early EVD.

A random forests model trained on easily determinable features in the course of patient admission can predict the functional outcome 6 months after aSAH with considerable accuracy.

• Features determinable in the course of admission of a patient with aneurysmal subarachnoid haemorrhage (aSAH) can predict the functional outcome 6 months after the occurrence of aSAH.
• The top five predictive features were the modified Fisher grade, age, the mean transit time (MTT) range from computed tomography perfusion (CTP), the WFNS grade and the early necessity for an external ventricular drainage (EVD).
• The range between the minimum and the maximum MTT may prove to be a valuable biomarker for detrimental functional outcome. 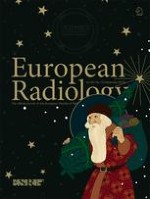 Response to Letter to the Editor on ‘Piriformis muscle syndrome: A cross-sectional imaging study in 116 patients and evaluation of therapeutic outcome’

An automated computed tomography score for the cystic fibrosis lung