Cancer progression and acute cardiac failure were the most lethal causes of FTR. SAPS 3 is an independent predictor of FTR among POF patients after gastrectomy. 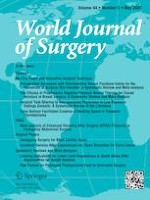 Incidence of Incisional Hernia Repair After Laparoscopic Compared to Open Resection of Colonic Cancer: A Nationwide Analysis of 17,717 Patients