The study included 2500 patients who were treated with RARP at a single institution between 2000 and 2016. All patients had clinically localized PCa. Patients were divided into two groups according to PSA value at 6 weeks after surgery: undetectable (n = 2271; PSA < 0.1 ng/dl) and persistently elevated (n = 229; PSA ≥ 0.1 ng/dl). The association between various covariates and: (1) detectable PSA and (2) CR was evaluated. Kaplan–Meier analyses estimated CR and CSM rates according to PSA persistence. 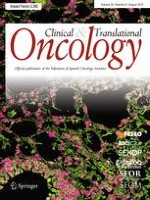 A survey of perceptions, attitudes, knowledge and practices of medical oncologists about cancer pain management in Spain