Approximately 13 million people have been diagnosed with diabetes in the United States and an additional 5.2 million do not yet know they have the disease [ 1]. Of these people, 90–95% have Type 2 diabetes [ 2]. Diabetes has been among the top ten leading causes of death in the United States since 1932 and is now the sixth leading cause of death [ 3]. Because of the magnitude of the burden of disease, the Healthy People 2010 objectives include goals of reducing diabetes-related deaths and increasing the monitoring frequency of glucose control and chronic complications [ 4]. The United Kingdom Prospective Diabetes Study and Kumamoto study confirm that improved glucose control reduces the microvascular complications in Type 2 diabetes such as retinopathy, nephropathy, and neuropathy [ 5, 6]. Because of these findings, new standards of care and new models of health care delivery have emerged [ 7].
Disease management programs that incorporate group patient education, nutrition consultation, case management as well as close clinical care have been effective [ 8]. Project Dulce, an initiative of Community Health Improvement Partners, the Council of Community Clinics, and The Whittier Institute for Diabetes was started in 1998 in San Diego County. The program has a multifaceted approach and focuses on providing care to minority groups that often lack access to medical services.
Anzeige
Although it is known that improved glycemic control improves microvascular outcomes, less is known about the factors that influence control. Harris et al. [ 9] examined racial and ethnic differences in glycemic control in patients with Type 2 diabetes using the Third National Health and Nutrition Examination Survey (NHANES III) and found that black women, Mexican-American men, those treated with insulin or oral antiglycemic medications, and patients over 60 years of age had poorer glycemic control. Shorr et al. [ 10] studied the relationship between age and glycemic control and found no significant differences between age groups. Nichols et al. [ 11] found that age, body mass index (BMI) and emotional distress were significantly related to glycemic control in a health maintenance organization population in Oregon. Blaum et al. [ 12] found that disease duration, C peptide levels, poor self-care, and failure to receive diet recommendations were related to control in a mostly white, primary care population in Michigan. Project Dulce, however, is a distinct population of low-income, multiethnic patients with a high proportion of Hispanics and Asians. Therefore, it is useful to study patient characteristics associated with glycemic control in this unique setting. Prior studies have not accounted for fluctuations in glycemic control over time. We used a longitudinal data analysis approach to account for glycemic variation and thus maximized the amount of information that can be drawn from the data.

Project Dulce is a nurse-based diabetes disease management system in San Diego, California [ 13]. Patients with diabetes are referred to Project Dulce by primary care providers. Once the patient is referred, the nurse educator conducts an initial assessment and follows the American Diabetes Association (ADA) standards of appropriate physical and laboratory exams and referrals to specialists (7). Hemoglobin A1C (A1C) is monitored quarterly and lipids, urine microalbumin, thyroid stimulating hormone (TSH), and retinal exams are completed yearly or more frequently as needed. At each visit, height, weight, blood pressure, foot exams, and glucometer results are reviewed.
The nurse educator is the case manager and follows-up on missed patient appointments and identifies individual service and access needs of his/her panel of patients. The nurse also communicates with the primary care physician regarding clinical care issues. Project Dulce Dieticians see patients referred by the nurse educators. The program is active in seventeen sites including community clinics and hospital ambulatory care centers throughout San Diego County. Project Dulce uses the same procedures and supervision at each site and tracks patients with the Diabetes Electronic Management System (DEMS) software. The database contains demographic, health status, treatment, laboratory, and behavioral factors for each patient and collects the information over time. This study included data from July 18, 2000 to October 7, 2002 and was approved by the Institutional Review Board of San Diego State University.

For purposes of this analysis, we selected patients with Type 2 diabetes, reducing the population size from 1,728 to 1,357. To avoid bias and ensure that the study population was actively participating in the Project Dulce program, inclusion criteria were established. The patient required: 1) at least two A1C values at least six months apart, 2) participation in the program for at least six months, and 3) at least three Project Dulce provider visits. Of the 1,357 Type 2 diabetes patients in the database, 573 met these criteria.
Anzeige

Demographic variables included gender, age, race/ethnicity, and primary language. All were of low socioeconomic status. For purposes of this study, five racial/ethnic categories were created: Hispanic, Asian (including Indian), black, white, and other.

A1C is a laboratory value that indicates glycemic control over a 2 to 3 month period; values less than 7% are considered optimal. A1C was our outcome of interest and was evaluated over time by examining the patients' A1C laboratory results over a 24 month period. Since Project Dulce follows the ADA recommendations of checking A1C values every 3 months, values were placed in 3 month block intervals, using the patients' initial provider visit as the reference starting point. A1C laboratory data on individual patients was not always precisely three months apart so approximations were necessary. Since A1C is an indicator of glycemic control over a 2 to 3 month period, we used a plus or minus 1.5 month approximation. For example, a three-month lab was considered an A1C measurement 1.5 to 4.5 months after the initial Project Dulce visit. A baseline A1C value was considered a measurement between 2.8 months before the initial Project Dulce visit to 1.5 months after the visit. Since a two year time period was of interest in this study, only A1C values falling within 2.8 months of the initial visit or 25.5 months after this visit were included in the analysis. If more than one A1C value was available in a particular 3 month time block, the first measurement within that block was used.

The difference in dates of the patient's initial Project Dulce visit and the diabetes diagnosis date estimated disease duration in years. Medicines used for glucose control (insulin, sulfonylureas, metformin, glitazones, alpha glucosidase inhibitors, meglitinides) were categorized into three levels: 1) insulin alone or insulin with oral agents, 2) more than one oral agent but no insulin, and 3) one oral medication or no medication at all. Since a patient's pharmacotherapy changed over time, we created a coding strategy. If the patient used insulin at any point over the two year study period, he/she was placed in the insulin category. Similarly, if the patient ever used more than one oral medication but never used insulin, the patient was placed in the more than one oral agent category.

Most of the patients in Project Dulce have County Medical Services, an insurance program funded by San Diego County to care for the medically indigent adult population (MIA). The remainder are uninsured and pay out-of-pocket to enroll in the program or are covered by Medicare, Medicaid, or private insurance. For purposes of this study insurance status was categorized as uninsured, MIA, or insured (insured = Medicare, Medicaid or private insurance). The number of provider visits, duration in the program, and whether the patient was seen by a Project Dulce nutritionist was also recorded.

The number and proportion of patients were recorded for each variable within demographic, diabetes severity, health status, access/quality of care, and behavioral factor groups. In addition, mean A1C values were compared across levels of each variable. Univariate analysis using a t-test or One-Way ANOVA was used to assess significant differences in mean A1C. If significant differences were found in ANOVA, the Duncan function in SAS 8.1 was used to asses individual differences.

Mixed effects models were used to assess glycemic control by analyzing the repeated measure data of A1C values. The A1C values were skewed and therefore log transformed in order to meet the normal distribution assumption. Several correlation structures including Compound Symmetry, Unstructured, First-order Autoregressive, and Toeplitz were assessed for each model. We used Akaike's Information Criterion (AIC) to select the appropriate correlation structure [ 14]. All model fittings were implemented using SAS PROC MIXED and the model with the smallest AIC was considered the best fit [ 15].
Univariate associations were performed to assess the best functional form of the variables. Continuous variables were assessed as linear and curve-linear with the addition of quadratic terms. Using a hierarchical model building process, clusters of variables were added in, one-by-one. All models included baseline A1C and time (in months) since these two variables were considered essential to control for in assessing glycemic control in the longitudinal format. In each model, the AIC of the best-fitted correlation structure was noted.
All variables significant in one of the hierarchical models at an alpha level of 0.15 were placed together in a separate model. Finally, a parsimonious mean effects model was created, leaving only variables significant at the alpha level of 0.05. Variable by time interaction terms were entered into the parsimonious mean effects model in a clustered process. Significant interaction terms at the alpha level of 0.05 were then placed together with the parsimonious model. Once the model variables were finalized, correlation structures for fixed and random effects were verified.

The largest (43.5%) group of patients were enrolled in San Diego County Medical Services followed by the uninsured (29.5%). Uninsured patients had higher mean A1C values (8.1%) than those with insurance (7.5%) or County Medical Services (7.4%). Most (63.0%) of the study patients were enrolled in Project Dulce over one year and this group had lower mean A1C values (7.5%) compared to the group enrolled for one year or less (7.9%). Patients with greater than 15 provider visits had higher mean A1C values (7.9%) than those with less provider visits. The majority (82.9%) of the patients had seen a Project Dulce nutritionist.

Current smokers comprised 12.5% of the study population. Patients who attended 5 or more Project Dulce diabetes classes had lower (7.3) mean A1C values than those who attended no classes (7.6) and those attending 1 to 4 classes (7.9).
Table 2 provides the regression results for the multivariate mixed effects model analysis which illustrates the factors associated with glycemic control. Insurance status, disease duration, pharmacotherapy, and cholesterol level were significantly associated with glucose control. Fluctuation in mean A1C over time also differed by age (age*month). Using the insured as the reference group, the uninsured had a 5.2% higher A1C level. Patients who had diabetes over ten years had a 15.3% higher A1C level compared to those who had diabetes less than one year. Similarly, patients who had diabetes six to ten years and one to five years had significantly higher A1C values compared to those with diabetes less than one year. Patients who required insulin had a 22.4% higher A1C and those who required more than one oral medication had a 12.0% higher A1C compared to hose who used one oral medication or no medication at all. On average, for every 0.65 mmol/l (25 mg/dl) increase in total cholesterol, the A1C value was 2.6% higher.
Table 2
Multivariate mixed effects model to assess characteristics associated with glycemic control. Project Dulce, 2000–2002 (N = 555)
* Formula for calculating change in A1C = 10 (estimate) - 1
110 (0.02198) - 1 = 0.052
How mean A1C fluctuated over time differently for various age groups is best interpreted with a plot. Although age was a continuous variable in this analysis, for purposes of interpretation, we created three categories. Figure 1 demonstrates that the less than 50 years of age group initially declined in A1C from baseline to three months but then slowly rose during the next fifteen months. The two older age groups had lower mean A1C values that fluctuated during those fifteen months.
×
Anzeige 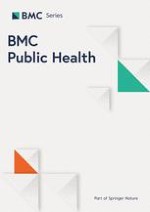 Tissue classification for the epidemiological assessment of surgical transmission of sporadic Creutzfeldt-Jakob disease. A proposal on hypothetical risk levels

A population-based study of asthma, quality of life, and occupation among elderly Hispanic and non-Hispanic whites: a cross-sectional investigation

Seroprevalence and risk factors for toxoplasmainfection among pregnant women in Aydin province, Turkey