Moyamoya vasculopathy (MMV) is a stenoocclusive cerebrovascular disease frequently affecting adolescent females. Thus, the management of pregnancy is of major interest for physicians dealing with MMV patients. However, clinical data concerning pregnant MMV patients is lacking. Our aim was to analyze the course of pregnancy in our European MMV patient cohort. We retrospectively identified MMV patients with a history of pregnancy who were treated in our institution. We analyzed demographic data, clinical symptoms, treatment, and detailed history of pregnancies. We identified 31 MMV patients (81% moyamoya disease (MMD), 6% unilateral MMD, 13% quasi MMD) with a history of pregnancy resulting in a total of 60 pregnancies and 48 deliveries. Ninety-four percent of the patients became symptomatic by ischemic events and 6% by headache. Eighty-one and nineteen percent of the patients experienced their pregnancies prior to (first group) or after the diagnosis (second group), respectively. In the first group, the mean age at first delivery and bypass treatment were 24 ± 4 and 42 ± 10, respectively. Eight percent of these patients were diagnosed as MMV due to ischemic events during perinatal period. In the second group, the mean age at first delivery and bypass treatment were 26 ± 7 and 23 ± 6, respectively. No cerebral events were reported within perinatal period in this group. All previously operated patients continued their aspirin medication at least until the 3rd trimester. The majority of the pregnancies occurred prior to diagnosis in our European patient cohort. Our data indicates a protective effect of surgical treatment for avoiding cerebral events during pregnancy and delivery for already diagnosed patients. 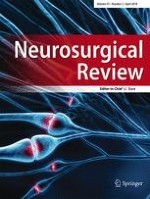