To analyse the long-term feasibility and limitations of presurgical fMRI in a cohort of tumour and epilepsy patients with different MR-scanners at 1.5 and 3.0 T.

fMRI proved very robust for the presurgical localisation of the different motor and somatosensory body representations, as well as Broca’s and Wernicke’s language areas across different MR-scanners at 1.5 and 3.0 T over 13 years. 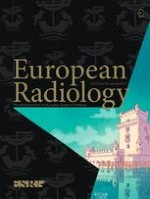