All patients with severe autism had SPAs. However, they did not correlate with FDG-PET findings. 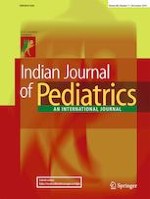 Effects of Exercise Intervention Program on Bone Mineral Accretion in Children and Adolescents with Cystic Fibrosis: A Randomized Controlled Trial

A Case of Kawasaki Disease Presenting as Severe Myositis

Picture of the Month