Population
The Di@bet.es Study was a national, cross-sectional, population-based survey conducted in 2009–10. A cluster sampling design was used to select participants, forming a representative random sample of the Spanish population. Of the eligible adults, 55.8% attended for examination, of whom 9.9% were excluded by protocol (institutionalised, severe disease, pregnancy or recent delivery), giving a final sample of 5,072 individuals aged ≥18 years (41.6% men and 58.4% women). Of these, 1,952 (38.5%) did not receive an OGTT: 481 with previously diagnosed diabetes, 87 with fasting capillary glycaemia >7.8 mmol/l, and 1,384 who refused the OGTT. The study was approved by the Ethics and Clinical Investigation Committee of Carlos Haya Hospital, and written informed consent was obtained from all participants.
Variables and procedures
The participants were invited to attend a single examination visit at their health centre. Information was collected using a structured, interviewer-administered questionnaire, followed by a physical examination. Fieldwork was undertaken by seven teams, each comprising a nurse and dietitian. After the interview, a fasting blood sample was obtained and a standard OGTT performed.
Age, sex, education level, smoking, level of daily physical activity (at work), leisure time sports and family history of diabetes (first and/or second degree relatives) were recorded.
Anzeige
Weight, height and waist and hip circumferences were measured by standardised methods. The BMI and WHR were calculated. Blood pressure was measured using a blood pressure monitor (Hem-703 C, Omron, Barcelona, Spain) after several minutes in a seated position; the mean of two measurements taken 1–2 min apart was used for analysis.
Subjects with baseline capillary blood glucose levels lower than 7.8 mmol/l and not receiving treatment for diabetes underwent a standard OGTT, obtaining fasting and 2 h venous samples. Samples were immediately centrifuged and serum was frozen until analysis. Serum glucose, triacylglycerols and cholesterol were measured enzymatically, and HDL-cholesterol by a direct method. LDL-cholesterol was estimated by the Friedewald formula. Diabetes was diagnosed and classified according to the 1999 WHO criteria [ 4].
Statistical analysis
The global prevalence was adjusted for the age and sex structure of the Spanish population. Not all the participants agreed to undergo the OGTT, and the prevalence of unknown diabetes mellitus (UKDM) was therefore calculated as: (number of diagnosed OGTT cases/number of participants who underwent the OGTT) × (1−known diabetes mellitus [KDM] prevalence). The prevalence of IGR was calculated similarly [ 5].
Participants who accepted the OGTT were 2 years older than those who did not (49.2 vs 47.0 years, p < 0.001), but there were no significant differences in sex or BMI between the two groups.
Associations between diabetes mellitus–IGR phenotypes and various risk factors were tested by logistic regression analyses, controlling for age, sex and BMI. Reported p values are based on two-sided tests with statistical significance set at 0.05.

Almost 30% of the study population had some glucose disturbance. The total prevalence (95% CI) of diabetes mellitus adjusted for age and sex was 13.8% (12.8, 14.7%). Of these, almost half did not know they had the disease (6.0% [5.4, 6.7%]). Isolated IFG was present in 3.4% (2.9, 4.0%) and isolated IGT in 9.2% (8.2, 10.2%). The prevalence of participants with combined IFG–IGT was 2.2% (1.7, 2.2%). The prevalence of diabetes mellitus and IGR increased significantly with age ( p < 0.0001), and was greater in men than women ( p < 0.001) (Table  1).
Table 1
Prevalence of diabetes and impaired glucose regulation according to sex and age
Data are % (95% CI)
The prevalence of obesity, abdominal obesity and hypertension was significantly higher in all diabetes–IGR phenotypes (Table  2). The probability of having raised triacylglycerol or low HDL-cholesterol levels was significantly higher in participants with KDM and UKDM, but the probability of having raised LDL-cholesterol was lower in participants with KDM than in any other group. A low education level was more frequent in participants with KDM.
Table 2
Association between diabetes and impaired glucose regulation categories and various risk factors
OR were obtained by logistic regression models adjusted for sex, age and BMI where indicated
aAdjusted for sex
bAdjusted for age and sex
cAdjusted for age, sex and BMI
dAdjusted for age, sex, BMI and statin therapy
The probability of smoking, doing exercise in their free time at least once weekly and the intensity of work activity did not differ significantly between the different metabolic phenotypes (Table  2).
Anzeige
The prevalence of a family history of diabetes (first and/or second degree relative) was greater in all diabetes–IGR phenotypes (Table  2).
Finally, the multivariate logistic regression analysis showed that the presence of diabetes mellitus was significantly associated with age (OR [95% CI] 1.05 [1.04, 1.06]), sex (less frequent in women [OR 0.34 (0.28, 0.45)]), education level (greater risk in persons without education [OR 1.28 (1.02, 1.62)]), obesity (OR 1.70 [1.37, 2.05]), abdominal obesity (OR 2.20 [1.75, 2.76]), high blood pressure (OR 2.26 [1.77, 2.87]), low HDL-cholesterol (OR 1.54 [1.25, 1.91]), high triacylglycerols (OR 1.99 [1.60, 2.48]) and a family history of diabetes (OR 2.70 [2.21, 3.31]).

The present study, using a representative sample of the whole national population, shows that the prevalence of diabetes mellitus in Spain is 13.8%, with 6.8% having UKDM discovered during the study fieldwork.
A total of 13 studies from nine European countries (three from Spain) were included in the Decode Study, involving 7,680 men and 9,251 women aged 30–89 years. The conclusion reached was that in the majority of European countries the prevalence of diabetes and IGR is moderate or low (<10% in people younger than 60 and 10–20% in people aged 60–80 years) [ 5].
Anzeige
Other studies on diabetes mellitus prevalence have been undertaken in other European countries with data obtained from case records or from structured interviews, but with no OGTT. In other cases, local studies are extrapolated to the total national territory, and this may or may not represent the prevalence over the whole country. There may also exist important differences between countries in the prevalence of obesity, physical activity or eating patterns, which might partially explain the variation in diabetes prevalence [ 6].
In a recent Portuguese study using the same methodology as ours, the total prevalence of diabetes mellitus was 11.7%, very similar to that for the Spanish population [ 2]. In both studies diabetes mellitus prevalence was significantly higher in men than women. In our study, the prevalence of KDM was somewhat greater and UKDM somewhat less than that published in earlier studies in Spain [ 3] and Portugal [ 2]. The prevalence of IFG and IGT was also lower than that found in earlier Spanish studies [ 3] or recently in Portugal [ 2], where the prevalence of IFG and IGT was 23%. Different health strategies, different methodologies or a different prevalence of obesity or other metabolic risk factors might explain these differences in contemporary studies in which the overall diabetes mellitus prevalence was very similar.
In our study, diabetes mellitus and IGR were significantly associated with a greater frequency of obesity, high blood pressure, hypertriacylglycerolaemia and low HDL-cholesterol as expected [ 7]. However, people with KDM probably receive statin therapy more frequently, which may explain the lower level of LDL-cholesterol in people with KDM.
Finally, people with a low educational level had a 28% increased risk of having diabetes mellitus after adjustment for other risk factors closely associated with diabetes. A lower socioeconomic level has been associated with a poorer state of health, higher rates of mortality and cardiovascular diseases, and an increase in diabetes prevalence [ 8].
Anzeige
The main strengths of this study are first, the sampling was representative of the whole national territory, and second, the diagnosis of diabetes was made by OGTT in the majority of cases. The study, however, has a few limitations: the participation was relatively low (56%) and there was a greater participation of women and older people, meaning all the prevalence and analysis data were corrected for age and sex. In addition, not all the participants underwent the OGTT, but the prevalence of diabetes mellitus and IGR was calculated taking this into account, as indicated in the Methods section. Although, for clinical purposes, an OGTT needs to be reassessed to establish diagnostic status, it is widely accepted that one OGTT is enough in the setting of epidemiological studies. Another limitation is that the information was self-reported, although this, too, is common practice in large epidemiological surveys.
In summary, this study contributes information for the first time on the prevalence of diabetes mellitus and IGR in Spain. The results will provide our public health authorities with data that should encourage the urgent implementation of clinical and preventive intervention programmes to tackle the increasing health and economic burden of diabetes in Spain.

We thank P. Zimmet for critically reading the manuscript and making several useful remarks. We wish to acknowledge the kind collaboration of the following entities: the Spanish Diabetes Society, the Spanish Diabetes Federation and the Ministry of Health Quality Agency. Our profound appreciation goes to the primary care managers and personnel of the participating health centres, as well as to L. Forga and F. Casanueva for their inestimable help in the management of the Northern zone. To all the fieldworkers, nurses and dietitians, (I. Alonso, A. Arocas, R. Badia, C.M. Bixquert, N. Brito, D. Chaves, A. Cobo, L. Esquius, I Guillén, E. Mañas, A.M. Megido, N. Ojeda, R.M. Suarep, M.D. Zomeño), without whose work the study would not have been possible to carry out and to all the people who voluntarily participated in the study. Financing: supported by CIBER in Diabetes and Associated Metabolic Disorders–CIBERDEM (ISCIII–Ministerio de Ciencia e Innovación), Ministerio de Sanidad y Consumo and Spanish Society of Diabetes–SED. LifeScan España (Madrid, Spain) kindly donated the glucometers and test strips for capillary glucose measurements.

All the authors contributed to the interpretation of data, discussion of results and critical review, and gave final approval of the version to be published. 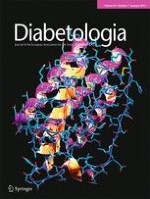 Periodontitis and diabetes: a two-way relationship