Patients with stage II colorectal cancer (CRC) have a higher risk of recurrence when they have certain risk factors, including clinical and pathological patterns. However, as the prognostic role of molecular patterns for stage II disease is still unclear, this study aimed to investigate it.

In this study, MSI, EMAST, and RAS/RAF alterations did not influence the oncological outcomes. Overall, LVI and MC were two significant prognostic factors for DFS and DR. Thus, the histopathology, rather than the genes, plays a major role in the prognosis of patients with stage II CRC. 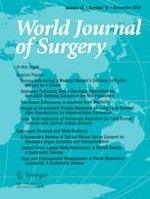 Correction to: Largely Unchanged Annual Incidence and Overall Survival of Pleural Mesothelioma in the USA