Hemocoagulase Agkistrodon Halys Pallas, a well-established hemostatic agent used in China, has widespread applications in various conditions of bleeding and hemorrhages. Although it presents a low risk of vascular thrombosis, the agent can be easily tolerated and does not show any harmful effects, except allergy. However, long-term use of hemocoagulase may induce hypofibrinogenemia in some patients. Herein, we report 11 patients of prolonged administration of hemocoagulase Agkistrodon, with particular attention to the dynamic changes in their coagulation functions. A marked decline in the level of fibrinogen was observed in patients suffering from hematological disorders, following an extended exposure to hemocoagulase. Nevertheless, the low fibrinogen levels increased after withdrawal of the agent. Since the D-dimer level did not show any significant increase, hemocoagulase inducing lower fibrinogen may be considered to be a process of primary fibrinolysis. In conclusion, we suggested that hemocoagulase must be cautiously used in patients with hematological disorders, because of the potential risk of fibrinolysis; and the coagulation functions should be carefully evaluated during the administration of hemocoagulase. 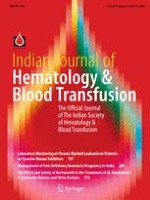