In this study, we examined whether prolonged additional reductions in heart rate variability (AddHRVr) can be measured in daily life with an algorithm that filters out changes in HRV that are purely due to metabolic demand, as indexed by movement, using a brief calibration procedure. We tested whether these AddHRVr periods were related to worry, stress, and negative emotions.

Movement and the root of the mean square of successive differences (RMSSD) in heart rate were measured during a calibration phase and the subsequent 24 h in 32 participants. Worry, stress, explicit and implicit emotions were assessed hourly using smartphones. The Levels of Emotional Awareness Scale and resting HRV were used to account for individual differences. During calibration, person-specific relations between movement and RMSSD were determined. The 24-h data were used to detect prolonged periods (i.e., 7.5 min) of AddHRVr.

AddHRVr periods were associated with worrying, with decreased explicit positive affect, and with increased tension, but not with the frequency of stressful events or implicit emotions. Only in people high in emotional awareness and high in resting HRV did changes in AddHRVr covary with changes in explicit emotions.

The algorithm can be used to capture prolonged reductions in HRV that are not due to metabolic needs. This enables the real-time assessment of episodes of potentially detrimental cardiac activity and its psychological determinants in daily life.

Fifty-one students participated in a study on “emotions in daily life” [35] and were recruited at Leiden University. The sample consisted of healthy students that either were paid or received course credits for their participation. Ethical approval was obtained from the local ethical board.

After providing consent, participants were asked to report on cardiovascular and other medical problems. They also completed the Physical Activity Readiness Questionnaire [36] on which affirmative answers indicate a risk of medical problems that could occur during physical exercises. Participants subsequently engaged in a laboratory session during which emotional awareness was measured. Thereafter, they were instructed to put on the ECG and acceleration monitor, and completed a calibration session, consisting of the following phases: rest (sitting in front of a computer while watching a relaxing video, 3 min), standing (standing in front of the computer while conducting a simple counting task to prevent boredom/worrying, 3 min), lying down (on an examination table, 3 min), cycling (on an ergometer, in a fixed rhythm (75 bpm), 3 min), and walking up and down the stairs (168 steps in total). Data obtained during this calibration session were used afterwards to determine AddHRVr episodes. After the calibration, participants were instructed on how to use the smartphone and the ECG belt and a follow-up meeting was planned for 24 h later. In addition to the ECG assessment, participants also took saliva samples at five times during the day, to study changes in cortisol levels (data pertaining to the five cortisol assessments have been published elsewhere [35]). After the 24-h period, participants returned to the lab, were debriefed, and received course credits or a monetary reward for their participation.

The ecgMove sensor (Movisens, Gmhb, Karlsruhe, Germany) was used to record raw ECG as well as three-axis accelerometry signals. The EcgMove is attached to a chestbelt and worn at the base of the sternum and measures cardiovascular activity at 1024 Hz through two electrodes connected to the belt. After obtaining the ECG, this signal was further processed in Movisens Data-Analyzer software. The software used an automated algorithm to detect artifacts and processes the raw interbeat intervals into 30-s averages of the root of the mean square of successive differences (RMSSD) of the interbeat intervals. The ecgMove chestbelt also measures acceleration through a three-axial acceleration sensor with a sample rate of 64 Hz. The raw acceleration data (measured in g) is averaged over 30-s periods, from which mean acceleration per 30-s epoch was derived using the Movisens Data-Analyzer software. Resting levels of RMSSD were calculated as the mean RMSSD during the 3-min rest/sitting phase of the calibration.

Motorola Razr smartphones were used for administering the psychological tests. MovisensXS software was used to program the smartphones.

Participants were asked to rate the level of anger, happiness, sadness, and tenseness—as experienced since the last assessment—on a six-point Likert scale ranging from “not at all” to “extremely.” Participants’ scores on the anger, sadness, and tenseness subscales were averaged into one “negative affect” subscale. The happiness item served as the measure of “positive affect.” For the negative affect subscale, reliability was calculated following [37]. Between-person reliability for all three items, across all assessments, (RKF) was .97.

To measure implicit affect, the Implicit Positive and Negative Affect Test [33] was used. In the IPANAT, each hour a different nonsense word (e.g., “lawuk”) was presented to the participants and they were required to rate the extent to which this nonsense string expressed each of the following six emotions: happiness, being energetic, merriness, irritation, sadness, and tension. Participants are led to believe that the test is about finding onomatopoeias, and it is assumed that the ratings that they make actually express the amount of implicit affect. The assumption is that the participants respond in accordance with their current affective state, without being fully aware of the construct being measured. Participants provided their ratings on a scale from 1 (not at all) to 6 (very much). The IPANAT has high internal consistency (Cronbach’s α = .81) and test-retest reliability at 1 week ranged between .72 for positive affect and .76 for negative affect items [33]. These figures generally hold across different cultures [38]. In the current study, the average reliability for the positive affect scale (for all three items, across all assessments) was RKF = .96. For the negative affect scale, RKF was .94 [37].
Several studies have examined the criterion-related validity of the IPANAT [33, 35, 39]. Scores on the IPANAT subscales fluctuate in response to emotional pictures and recall of negative memories [33, 40]. Preliminary evidence for its convergent validity was demonstrated by the finding the positive and negative affect scores on the IPANAT were correlated with the amount of completed positive and negative fragments on an emotional word fragment completion task (rs = .20 and .22), another implicit test—which measures the amount of emotional information that is automatically (and thus implicitly) retrieved from memory. With respect to its predictive validity, in contrast to explicit affect ratings, the IPANAT subscales were related to cortisol levels [33, 35] and slow cardiovascular recovery after stress [39]. As these associations were largely independent of explicitly rated affect scores, this strongly suggests that the IPANAT measures affect beyond that which is consciously self-reported. In this line, scores on the IPANAT are only moderately associated with explicit ratings of affect (rs = .18–.33 [33]), thereby suggesting sufficient discriminant-related validity. Finally, most participants (0–.14 %) are not able to guess the real purpose of the IPANAT [33], adding to the idea that it is an indirect measure of affect that can explain variance in stress-related physiological activity beyond self-reports.

For each participant, an inverse regression curve was fitted on the data obtained during the calibration phase (Eq. 1). Graphical inspection of the data and parameters of explained variance (R 2) showed that inverse models provided a better fit for the data than linear models.
$$ \mathrm{Expected}\kern0.5em {\mathrm{RMSSD}}_{ij}=B{0}_i+\frac{B{1}_i}{{\mathrm{Acceleration}}_{ij}} $$
(1)
In doing so, we obtained B0 i (the intercept), which indicates the RMSSD value while no acceleration is present, and B1 i (slope), indicating the change in RMSSD due to acceleration. We also calculated the standard error of the mean of RMSSD during the calibration phase (SE).
Subsequently, the expected level of RMSSD was calculated for each individual (i), for each epoch (j), on the basis of the acceleration data obtained during the ambulatory phase of the study. Whenever the actual RMSSD level was two times the SE below the expected RMSSD level, this epoch was tagged as an “additional HRV decrease epoch.” (Thus, the threshold for detecting additional decreases in RMSSD was defined as follows: Threshold = Actual RMSSD − 2 × SE RMSSDcalibration). When at least 15 of such epochs (i.e., 7.5 min) occurred subsequently and consecutively, the presence of an AddHRVr episode within that specific hour was detected. Finally, since stress measures were taken over whole hours, AddHRVr was also expressed in terms of hours. That is, hours with at least one episode of AddHRVr were coded as 1, hours without AddHRVr were coded as 0.

Given the hierarchical structure of the data, hourly assessments were nested within participants, and multilevel regression analyses were used (intraclass correlations for the affect measures were rs >.30, indicating clustering of the data within participants). Intercepts were allowed to vary between participants. Random slopes were omitted from the models as these led to convergence problems or did not improve model fit.
No additional autoregressive error covariance structures were modeled, as in most models no autocorrelation between the residuals was apparent. Only in the model predicting explicit negative affect, there was a small correlation between the errors (at lag 1; r = .13), but fitting an additional autoregressive error covariance structure did not reduce this.
AddHRVr was the independent variable (hours with AddHRVr episodes versus hours without AddHRVr episodes) and the ratings of explicit and implicit affect were the dependent variables (cf. [19]). We were particularly interested in the within-person association between AddHRVr and the dependent variables. We therefore created two variables, to be able to separate the within-persons association between AddHRVr and the dependent variables from the between-persons association between AddHRVr and the dependent variables [49]: for each participant, a stable (level 2) between-persons mean of the number of AddHRVr episodes was calculated (AddHRV-between), as well as the deviations from this mean, which represented the within-person change (AddHRV-within). If no within-person association between AddHRVr and a dependent variable was observed in the random intercept multilevel models, the between-person association was examined in the aggregated data using Pearson correlations.
Anzeige
To examine whether the calculation of AddHRVr episodes actually had the expected advantage over traditional methods, we additionally checked whether the psychological stress variables were associated with mean HRV and mean acceleration level per hour.
The moderating effects of the Levels of Emotional Awareness Scale and resting HRV were examined by adding the main effect of the scores on the Levels of Emotional Awareness Scale or HRV levels—and their interaction with AddHRVr episodes to the models predicting the dependent psychological variables.
We tested our hypothesis using two-tailed significance tests, with α = .05. The multilevel models were fit in R, using the packages lme4 [50] and nlme [51]. Figure 2 was created in R using the code provided by Wagenmakers [52].

Of the 51 participants, data from 32 participants could be used for the analyses; 19 participants were excluded, as for 14 insufficient data were available (due to multiple severe artifacts in the data during the calibration), and 5 participants were excluded because the curve estimation regression analysis on the calibration data provided a bad fit to the data (i.e., low level of explained variance (<25 %), no significant relation between movement and RMSSD, or no inverse curve could be fitted). There were no differences between the in- and excluded participants in gender, mean age, and ethnic background. Neither did they differ on the psychological variables, hourly RMSSD, and acceleration levels. Our final sample consisted 32 students, 8 males and 24 females, with a mean age 21.09 (SD = 2.08, range 18–27).
Anzeige
Aggregated over all participants, 47 % (SD = 15 %) of the RMSSD data during calibration could be attributed to movement. The average relation between RMSSD and movement during the calibration phase was: Expected RMSSD = 21.56 + .471 / Movement. Average RMSSD (M = 44.78, SD = 14.33) and movement (M = .06, SD = .03) during the calibration session were similar to levels obtained during the daytime (RMSSD: M = 49.63, SD = 22.02; movement: M = .06, SD = .02; t(31) < 2, ps > .05). Figure 1 shows the association between movement and RMSSD for a typical participant.
×

Relation Between AddHRVr and Stressful Events and Worry Episodes

Relation Between AddHRVr and Explicit and Implicit Affect

This article was prepared with support of a TOP-grant of the Netherlands Organisation for Health Research and Development awarded to Jos F. Brosschot (ZON-MW; #40-0081 2-98-1 I 029) and a Veni grant of the Netherlands Organization for Scientific Research (NWO) awarded to Bart Verkuil (#451-14-013).
We thank Joram Mossink and Georgios Georgiou for their assistance in collecting the data and preparing the dataset.

Authors’ Statement of Conflict of Interest and Adherence to Ethical Standards 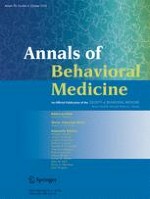 Characteristics and Correlates of Word Use in Physician-Patient Communication