Primary central nervous system lymphoma (PCNSL) is a rare brain tumour with a dismal prognosis. Several phase II studies with high-dose methotrexate-based regimens have shown promising early results, but in all hospital-based data published so far, the disease outcome has been poor. Patients with relapsed or refractory disease have a dismal prognosis. We performed retrospective analysis to evaluate results and tolerabilities of BBBD therapy in combination with high-dose therapy supported by autologous stem cell transplantation. We analysed 25 patients (age range: 40–71 years) who were treated in first or second line with BBBD therapy. When we started BBBD treatment, patients had relapsed or refractory PCNSL or they did not tolerate Bonn-like therapy. In recent years, some of the patients were treated in first line. We found promising response rates. Altogether 19 (76 %) of the patients achieved a complete response (CR). Two-year progression-free survival (PFS) and overall survival (OS) rates were 61 and 57 % respectively and the five-year OS was 47 %. Patients who were treated with a five-drug therapy had a very promising prognosis. The CR rate was 100 % in first-line therapy and 60 % in relapsed cases. These findings suggest that BBBD is a promising therapy for PCNSL, especially for patients in first line, but also for patients with relapsed or refractory disease after conventional chemotherapy, who commonly have a very poor prognosis. Treatment-related toxicity was generally manageable. Thus, BBBD followed by ASCT could be a treatment of choice in transplant-eligible patients with PCNSL. 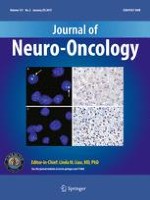 Long-term safety of growth hormone replacement therapy after childhood medulloblastoma and PNET: it is time to set aside old concerns