Between April 2016 and August 2017, 99 SSM and 61 NSM were performed according to the SKINI-trial protocol, under either curative (n = 109) or risk-reducing (n = 51) indication. After breast removal, biopsies from the skin envelope (10 biopsies per SSM, 14 biopsies per NSM) were taken in predefined radial localizations and assessed histologically for the presence of RBT and of residual disease.

Residual breast tissue was detected in 82 (51.3%) mastectomies. The median RBT percentage per breast was 7.1%. Of all factors considered, only type of surgery (40.4% for SSM vs. 68.9% for NSM; P < 0.001) and surgeon (P < 0.001) were significantly associated with RBT. None of the remaining factors, e.g., skin flap necrosis, was associated significantly with RBT. Residual disease was detected in three biopsies.

Residual breast tissue is commonly observed after SSM and NSM. In contrast, invasive or in situ carcinomas are rarely found in the skin envelope. Radicality of mastectomy in this trial is not associated with increased incidence of skin flap necrosis.
ClinicalTrials.gov Identifier NCT03470909. 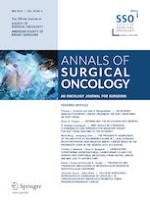 Enteral Feeding Access Has an Impact on Outcomes for Patients with Esophageal Cancer Undergoing Esophagectomy: An Analysis of SEER-Medicare