According to modern bio-psychosocial theories of premenstrual syndrome (PMS), the aim of this study is to investigate systematically associations between selected psychosocial factors and premenstrual symptoms in different menstrual cycle phases.

Several psychosocial variables were assessed, in a sample of German women with PMS (N = 90) and without premenstrual complaints (N = 48) during the follicular and luteal phase of the menstrual cycle. Presence of PMS was indicated by analysis of contemporary daily ratings of premenstrual symptom severity and impairment for one menstrual cycle.

Regarding perceived chronic stress (ƞ 2 = 0.34), self-efficacy (ƞ 2 = 0.12), and two dimensions of self-silencing (0.06 ≤ ƞ 2 ≤ 0.11) analyses revealed only a significant effect of group. Regarding body dissatisfaction and somatosensory amplification, a significant effect of group (0.07 ≤ ƞ 2 ≤ 0.16) and additionally a group by menstrual cycle phase interaction (ƞ 2 = 0.06) was identified. Regarding relationship quality, a significant effect of menstrual cycle phase (ƞ 2 = 0.08) and a group by menstrual cycle phase interaction (ƞ 2 = 0.06) was demonstrated. In respect to sexual contentment, acceptance of premenstrual symptoms, and the remaining two dimensions of self-silencing statistical analyses revealed no effects at all. Linear multiple regression analysis revealed that 20 % of the variance in PMS symptom severity was explained by the psychosocial variables investigated. Body dissatisfaction (ß = 0.26, p = 0.018) and the divided self-dimension of self-silencing (ß = 0.35, p = 0.016) were significant correlates of PMS severity.

Results of this study are consistent with previous research and additionally show patterns of associations between specific psychosocial factors and PMS in dependence of menstrual cycle phase that have not been researched before. The role of the psychosocial variables we investigated in regard to the development and maintenance of PMS should be clarified in future research. 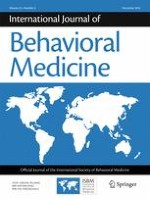 Health-Related Quality of Life of Children with Asthma: Self and Parental Perceptions