Dementia is a leading cause of dependency and disability among older adults. Minimal knowledge, poor attitudes and negative perceptions are barriers of dementia early screening, diagnosis and treatment. This is the first study that assesses knowledge, attitudes and perceptions of dementia among a Middle Eastern population. Two hundred and fifty-four Lebanese adults not having dementia attending primary healthcare centers in the capital of Lebanon were interviewed using an Arabic version of the 2010 Northern Ireland Life and Times survey. The highest proportion of the participants (61%) had low knowledge score. Low knowledge was associated with older age and lower education. The majority had a negative perception towards people living with dementia and these perceptions were significantly different by gender, education and exposure. Participants perceived people with dementia as helpless and dependent. Public interventions should address stigma and increase knowledge while understanding the socio-cultural beliefs associated with dementia. The study calls for policy developments and conducting a qualitative study. 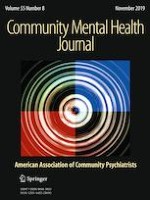