Quality of life over 5 years in women with breast cancer after breast-conserving therapy versus mastectomy: a population-based study | springermedizin.de Skip to main content
TOOLBAR 1 2 3 4
SUCHE MENÜ 1 2 3 4

Breast-conserving therapy (BCT) was developed to improve quality of life (QOL) in early stage breast cancer patients. Except for differences in body image, literature comparing the psychosocial sequelae of BCT with mastectomy is ambiguous and shows a lack of substantial benefits. However, knowledge regarding long term effects of treatment on QOL in breast cancer is very limited as most of the pertinent studies have been performed in the early post-operative period. Therefore we compared QOL in women with breast cancer undergoing BCT versus women undergoing mastectomy over a 5-year period following primary surgery.

QOL was assessed at 1, 3, and 5 years after diagnosis in a population based cohort of 315 women with early stage breast cancer (UICC stage I-II) from Saarland (Germany) using the EORTC QLQ-C30 questionnaire and the breast cancer specific module BR23.

Breast-conserving therapy was performed in 226 women (72%). After control for potential confounding, women with BCT reported better physical and role functioning, were sexually more active and more satisfied with their body image already at 1 year after diagnosis (all P values < 0.05). Differences in overall QOL and social functioning were gradually increasing over time and became statistically significant only at 5 years.

Whereas some, very specific benefits of BCT, such as a better body image, are already visible very timely after completion of therapy, benefits in broader measures such as psychosocial well-being and overall quality of life gradually increase over time and become fully apparent only in the long run. 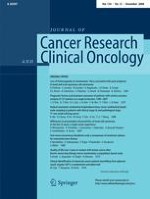 Prognostic factors and treatment outcomes of patients with uterine sarcoma: analysis of 127 patients at a single institution, 1989–2007

Differences in presentation characteristics of renal cell carcinoma in the last 25 years: a single center experience