The aim of this study was to develop an open-source, modular, locally run or server-based system for 3D radiomics feature computation that can be used on any computer system and included in existing workflows for understanding associations and building predictive models between image features and clinical data, such as survival. The QIFE exploits various levels of parallelization for use on multiprocessor systems. It consists of a managing framework and four stages: input, pre-processing, feature computation, and output. Each stage contains one or more swappable components, allowing run-time customization. We benchmarked the engine using various levels of parallelization on a cohort of CT scans presenting 108 lung tumors. Two versions of the QIFE have been released: (1) the open-source MATLAB code posted to Github, (2) a compiled version loaded in a Docker container, posted to DockerHub, which can be easily deployed on any computer. The QIFE processed 108 objects (tumors) in 2:12 (h/mm) using 1 core, and 1:04 (h/mm) hours using four cores with object-level parallelization. We developed the Quantitative Image Feature Engine (QIFE), an open-source feature-extraction framework that focuses on modularity, standards, parallelism, provenance, and integration. Researchers can easily integrate it with their existing segmentation and imaging workflows by creating input and output components that implement their existing interfaces. Computational efficiency can be improved by parallelizing execution at the cost of memory usage. Different parallelization levels provide different trade-offs, and the optimal setting will depend on the size and composition of the dataset to be processed. 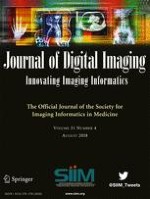