We investigated the medical or mechanical therapy, and the present knowledge of Japanese cardiologists about aborted sudden cardiac death (ASCD) due to coronary spasm.

A questionnaire was developed regarding the number of cases of ASCD, implantable cardioverter–defibrillator (ICD), and medical therapy in ASCD patients due to coronary spasm. The questionnaire was sent to the Japanese general institutions at random in 204 cardiology hospitals.

The completed surveys were returned from 34 hospitals, giving a response rate of 16.7%. All SCD during the 5 years was observed in 5726 patients. SCD possibly due to coronary spasm was found in 808 patients (14.0%) and ASCD due to coronary spasm was observed in 169 patients (20.9%). In 169 patients with ASCD due to coronary spasm, one or two coronary vasodilators was administered in two-thirds of patients [113 patients (66.9%)], while more than 3 coronary vasodilators were found in 56 patients (33.1%). ICD was implanted in 117 patients with ASCD due to coronary spasm among these periods including 35 cases with subcutaneous ICD. Majority of cause of ASCD was ventricular fibrillation, whereas pulseless electrical activity was observed in 18 patients and complete atrioventricular block was recognized in 7 patients. Mean coronary vasodilator number in ASCD patients with ICD was significantly lower than that in those without ICD (2.1 ± 0.9 vs. 2.6 ± 1.0, p < 0.001). Although 16 institutions thought that the spasm provocation tests under the medications had some clinical usefulness of suppressing the next fatal arrhythmias, spasm provocation tests under the medication were performed in just 4 institutions. 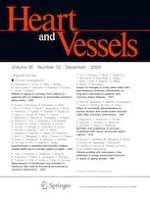