Radioembolization resulted in CR in 2%, PR in 14%, SD in 75% and PD 9% according to RECIST 1.1 and in CR in 8%, PR in 35%, SD in 48% and PD in 9% according to mRECIST. Objective response rates improved over time in 20% and 26% according to RECIST 1.1. and mRECIST, respectively. Most common new grade 3–4 biochemical toxicity was lymphocytopenia (6.7%). No unexpected clinical toxicities occurred. Radioembolization-specific complications occurred in < 4%. In symptomatic patients, improvement and resolution of symptoms occurred in 44% and 34%, respectively. Median overall survival from first radioembolization was 3.7, 2.7 and 0.7 years for G1, G2 and G3, respectively. Objective response is independent of NEN grade or primary tumour origin. Significant prognostic factors for survival were NEN grade/Ki67 index, ≥ 75% intrahepatic tumour load, the presence of extrahepatic disease and disease control rate according to RECIST 1.1.

Safety and efficacy of radioembolization in NEN patients was confirmed with a high disease control rate of 91% in progressive patients and alleviation of NEN-related symptoms in 79% of symptomatic patients. 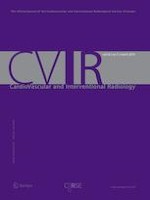