Female sexual behavior goes through cultural changes constantly, and recently, some women have shown the desire the ideal genitalia. In this study, we aimed to evaluate clinical responses to nonablative radiofrequency (RF) in terms of its cosmetic outcome in the female external genitalia and its effect on sexual function.

A single-masking randomized controlled trial was conducted in 43 women (29 sexually active) who were unsatisfied with the appearance of their external genitalia. The women were divided into an RF group (n = 21, 14 sexually active) and a control group (n = 22, 15 sexually active). Eight sessions of RF were performed once a week. Photographs (taken before the first session and 8 days after the last session) were evaluated by the women and three blinded health professionals by using two 3-point Likert scales (unsatisfied, unchanged, and satisfied; and worst, unchanged, and improved). Sexual function was evaluated using the Female Sexual Function Index (FSFI) and analyzed using the Student t test. Women’s satisfaction and health professional evaluation were analyzed using the chi-square test and inter- and intragroup binomial comparisons.

RF is an alternative for attaining a cosmetic outcome for the female external genitalia, with positives changes in patients’ satisfaction and FSFI scores. 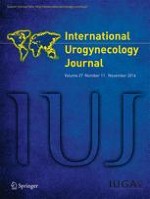 Pharmacological methods for the preclinical assessment of therapeutics for OAB: an up-to-date review