Patients with coexisting spinal malalignment and SOA compensate by pelvic shift and thoracic hypokyphosis rather than PT, likely as a result of limited hip extension secondary to SOA. As a result, SOA had worse global sagittal alignment than their LOA counterparts. 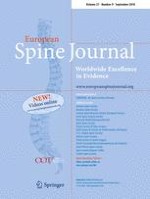 Decision-making factors in the treatment of adult spinal deformity