To describe the clinical characteristics and outcomes of patients with dual-phenotype hepatocellular carcinoma (DPHCC) and investigate the use of radiomics to establish an image-based signature for preoperative differential diagnosis.

The radiomics features extracted from Gd-EOB-DTPA-enhanced MR images can be used to diagnose preoperative DPHCC. DPHCC is more likely to recur and cause death than HCC, suggesting that active postoperative management of patients with DPHCC is required. 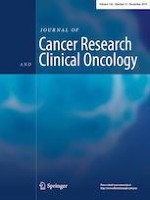 The efficacy and toxicity of the CHG priming regimen (low-dose cytarabine, homoharringtonine, and G-CSF) in higher risk MDS patients relapsed or refractory to decitabine