This study was performed as an exploratory analysis of a phase III trial comparing LADG and ODG for stage I gastric cancer during the period between May and December of 2011. All patients received the same perioperative care via fast-track surgery. The level of surgical stress was evaluated based on the white blood cell count and the interleukin-6 (IL-6) level. The nutritional status was measured according to the total body weight, amount of lean body mass, lymphocyte count, and prealbumin level.

The level of surgical stress and the nutritional status were found to be similar between the ODG and LADG groups in a randomized comparison using the same perioperative care of fast-track surgery. 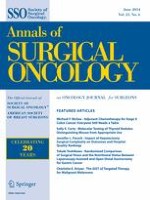