Deregulated PI3K/mTOR signals can promote the growth of breast cancer and contribute to endocrine treatment resistance. This report aims to investigate raptor and its intracellular localization to further understand its role in ER-positive breast cancer.

Raptor protein expression was evaluated by immunohistochemistry in 756 primary breast tumors from postmenopausal patients randomized to tamoxifen or no tamoxifen. In vitro, the MCF7 breast cancer cell line and tamoxifen-resistant MCF7 cells were studied to track the raptor signaling changes upon resistance, and raptor localization in ERα-positive cell lines was compared with that in ERα-negative cell lines.

Raptor protein expression in the nucleus was high in ER/PgR-positive and HER2-negative tumors with low grade, features associated with the luminal A subtype. Presence of raptor in the nucleus was connected with ERα signaling, here shown by a coupled increase of ERα phosphorylation at S167 and S305 with accumulation of nuclear raptor. In addition, the expression of ERα-activated gene products correlated with nuclear raptor. Similarly, in vitro we observed raptor in the nucleus of ERα-positive, but not of ER-negative cells. Interestingly, raptor localized to the nucleus could still be seen in tamoxifen-resistant MCF7 cells. The clinical benefit from tamoxifen was inversely associated with an increase of nuclear raptor. High cytoplasmic raptor expression indicated worse prognosis on long-term follow-up.

We present a connection between raptor localization to the nucleus and ERα-positive breast cancer, suggesting raptor as a player in stimulating the growth of the luminal A subtype and a possible target along with endocrine treatment. 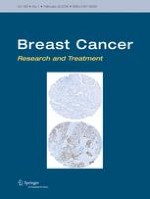 Does tacrolimus have any positive impact on outcome of post-transplant breast cancer patients?