Readmission After Pancreatic Resection is not an Appropriate Measure of Quality | springermedizin.de Skip to main content
TOOLBAR 1 2 3 4
SUCHE MENÜ 1 2 3 4

The online version of this article (doi:10.​1245/​s10434-012-2763-y) contains supplementary material, which is available to authorized users.
Irmina Gawlas and Monica Sethi contributed equally to this study.

Hospital readmission has been proposed as a metric for quality of medical and surgical care. We examined our institutional experience with readmission after pancreatic resection, and assessed factors predictive of readmission.

We reviewed 787 pancreatic resections performed at a single institution between 2006 and 2010. Univariate and multivariate logistic regression models were used to assess the relationships between preoperative and postoperative characteristics and readmission. Reasons for hospital readmission were examined in detail.

We found the 30-day readmission rate after pancreatic resection to be 11.6 %. In univariate analysis, young age, pancreaticoduodenectomy versus other operations, open versus laparoscopic technique, fistula formation, the need for reoperation, and any complication during the index hospitalization were predictive of readmission. In multivariate analysis, only young age and postoperative complication were predictive of readmission. Vascular resection, postoperative ICU care, length of stay, and discharge disposition were not associated with readmission. The most common reasons for readmission were leaks, fistulas, abscesses, and wound infections (45.1 %), delayed gastric emptying (12.1 %), venous thrombosis (7.7 %), and GI bleeding (7.7 %).

We found the vast majority of readmissions after pancreatic resection were to manage complications related to the operation and were not due to poor coordination of care or poor discharge planning. Because evidence-based measures to prevent these surgical complications do not exist, we cannot support the use of readmission rates themselves as a quality indicator after pancreatic surgery. 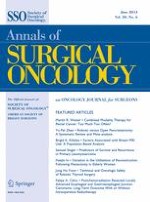 Surgical Resection in Hepatocellular Carcinoma Patients with Minimal Background Fibrosis: A Strategy in the Era of Organ Shortage