A study of several hundred recurrent puerperal psychoses shows that about half of those with known onset recur in the same phase of reproduction, and half have onsets in different phases. Onsets in the same phase are especially a feature of prepartum psychosis and are the strongest indication of a specific trigger operating during pregnancy. Onsets in different phases provide a prima facie case for links between ‘puerperal psychosis’ and other reproductive onsets. They suggest that the ‘picture puzzle’ is not just about early onset puerperal psychosis, but a group of related reproductive triggers. 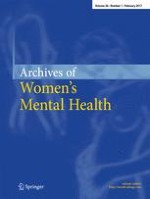 Fetal exposure to lamotrigine and quetiapine in two consecutive pregnancies