The online version of this article (doi:10.​1007/​s10048-016-0499-8) contains supplementary material, which is available to authorized users.
Mara Cavallin and Emilia K. Bijlsma contribute equally to the manuscript

Kinesins play a critical role in the organization and dynamics of the microtubule cytoskeleton, making them central players in neuronal proliferation, neuronal migration, and postmigrational development. Recently, KIF2A mutations were identified in cortical malformation syndromes associated with microcephaly. Here, we detected two de novo p.Ser317Asn and p.His321Pro mutations in KIF2A in two patients with lissencephaly and microcephaly. In parallel, we re-evaluated the two previously reported cases showing de novo mutations of the same residues. The identification of mutations only in the residues Ser317 and His321 suggests these are hotspots for de novo mutations. Both mutations lead to a classic form of lissencephaly, with a posterior to anterior gradient, almost indistinguishable from LIS1-related lissencephaly. However, three fourths of patients also showed variable congenital and postnatal microcephaly, up to −5 SD. Located in the motor domain of the KIF2A protein, the Ser317 and His321 alterations are expected to disrupt binding or hydrolysis of ATP and consequently the MT depolymerizing activity. This report also establishes that KIF2A mutations represent significant causes of classic lissencephaly with microcephaly. 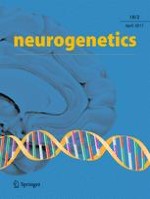