Inducible nitric oxide synthase (iNOS) single-nucleotide polymorphisms have been reported to confer susceptibility to hypertension, but no consensus has been reached. The aim of this study was to investigate the association between iNOS and hypertension in a Chinese population.

This was a case-control study including 1172 hypertensive and 1172 control subjects to investigate the association between iNOS and hypertension.

There were significant differences in the distribution of genotype and allele frequencies of rs2779249 and rs2297518 between hypertensive and normotensive subjects. Logistic regression analyses were performed with different genetic models (additive, dominant, recessive) adjusting for confounding risk covariates, including age, sex, body mass index, total cholesterol, triglycerides, high-density lipoprotein cholesterol, low-density lipoprotein cholesterol, smoking, drinking, and family history of hypertension. The odds ratio (OR) was 1.27 (1.12, 1.44) in the additive model, 1.31 (1.09, 1.59) in the dominant, and 1.68 (1.28, 2.19) in the recessive model of rs2779249; the OR was 1.26 (1.06, 1.50) in the additive model and 1.46 (1.13, 1.89) in the dominant model of rs2297518.

The current study provides evidence that iNOS is strongly associated with hypertension. 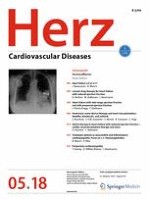 Outcomes of direct stenting in patients with ST-elevated myocardial infarction