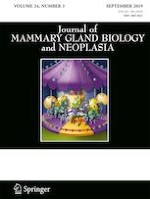 How to Choose a Mouse Model of Breast Cancer, a Genomic Perspective