Evidence suggests a critical role for the renin-angiotensin system in regulating renal function during postnatal development. However, the physiological relevance of a highly elevated renin-angiotensin system early in life is not well understood, nor which angiotensin receptors might be involved. This study was designed to investigate the roles of angiotensin receptors type 1 (AT1R) and type 2 (AT2R) in regulating glomerular and tubular function during postnatal development.

The renal effects of the selective antagonist to AT1R, ZD 7155 and to AT2R, PD 1233319 were evaluated in two groups of conscious chronically instrumented lambs aged ~ one week (N = 8) and ~ six weeks (N = 10). Two experiments were carried out in each animal and consisted of the assessment of renal variables including glomerular and tubular function, for 30 min before (Control) and 60 min after infusion of ZD 7155 and PD 123319, respectively. Statistical significance was determined using parametric testing (Student t-test, analysis of variance ANOVA) as appropriate.

ZD 7155 infusion was associated with a significant decrease in glomerular filtration rate and filtration fraction at one but not six weeks; urinary flow rate decreased significantly in older animals, whereas sodium excretion and free water clearance were not altered. There was an age-dependent effect on potassium handling along the nephron, potassium excretion decreasing after ZD 7155 infusion in younger but not in older lambs. PD 123319 had no significant effects on glomerular filtration rate and tubular function in either age group. 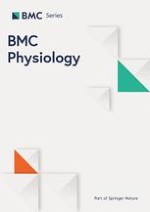