Data were collected retrospectively on 296 CLM patients who underwent an initial curative hepatectomy between 2007 and 2017 at our institution. The postoperative outcomes of patients undergoing a repeat hepatectomy after major hepatectomy were assessed, and independent predictors of survival were investigated. 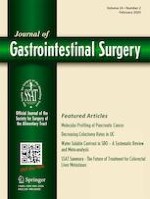 Letter to the Editor: High Rates of Readmission in Necrotizing Pancreatitis: Natural History or Opportunity for Improvement?

Effect of Preoperative Administration of Oral Arginine and Glutamine in Patients with Enterocutaneous Fistula Submitted to Definitive Surgery: a Prospective Randomized Trial