Imaging time-series data routinely collected in clinical trials are predominantly explored for covariates as covariates for survival analysis to support decision-making in oncology drug development. The key objective of this study was to assess if insights regarding two relapse resistance modes, de-novo (treatment selects out a pre-existing resistant clone) or acquired (resistant clone develops during treatment), could be inferred from such data.

Individual lesion size time-series data were collected from ten Phase III study arms where patients were treated with either first-generation EGFR inhibitors (erlotinib or gefitinib) or chemotherapy (paclitaxel/carboplatin combination or docetaxel). The data for each arm of each study were analysed via a competing models framework to determine which of the two mathematical models of resistance, de-novo or acquired, best-described the data.

Within the first-line setting (treatment naive patients), we found that the de-novo model best-described the gefitinib data, whereas, for paclitaxel/carboplatin, the acquired model was preferred. In patients pre-treated with paclitaxel/carboplatin, the acquired model was again preferred for docetaxel (chemotherapy), but for patients receiving gefitinib or erlotinib, both the acquired and de-novo models described the tumour size dynamics equally well. Furthermore, in all studies where a single model was preferred, we found a degree of correlation in the dynamics of lesions within a patient, suggesting that there is a degree of homogeneity in pharmacological response.

This analysis highlights that tumour size dynamics differ between different treatments and across lines of treatment. The analysis further suggests that these differences could be a manifestation of differing resistance mechanisms. 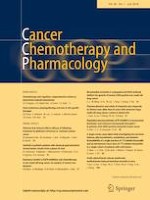