With the increasing prevalence of morbid obesity and healthcare costs in general, interest is shown in safe, efficient, and cost-effective bariatric care. This study describes an Enhanced Recovery After Bariatric Surgery (ERABS) protocol and the results of implementing such protocol on procedural times, length of stay in hospital (LOS), and the number of complications, such as readmissions and reoperations.

A total of 1.967 patients (mean age 43.3 years, 80 % female) underwent a primary bariatric procedure between 2010 and 2014, of which 1.313 procedures were performed after implementation of ERABS. A significant decrease of procedural times and a significantly decreased LOS, from 3.2 to 2.0 nights (p < 0.001), were seen after implementation of ERABS. Significantly more complications were seen post-ERABS (16.1 vs. 20.7 %, p = 0.013), although no significant differences were seen in the number of major complications.

Implementation of ERABS can result in shorter procedural times and a decreased LOS, which may lead to more efficient and cost-effective bariatric care. The increase in complications was possibly due to better registration of complications.
The main goal of an ERABS protocol is efficient, safe, and evidence-based bariatric care, which can be achieved by standardization of the total process. 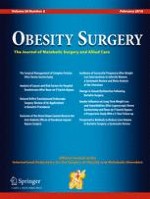 Incidence of Successful Pregnancy After Weight Loss Interventions in Infertile Women: a Systematic Review and Meta-Analysis of the Literature