This article revisits Donald Capps’s book The Depleted Self (The depleted self: sin in a narcissistic age. Fortress Press, Minneapolis, 1993), which grew out of his 1990 Schaff Lectures at Pittsburgh Theological Seminary. In these lectures Capps proposed that the theology of guilt had dominated much of post-Reformation discourse. But with the growing prevalence of the narcissistic personality in the late twentieth century, the theology of guilt no longer adequately expressed humanity’s sense of “wrongness” before God. Late twentieth-century persons sense this disjunction between God and self through shame dynamics. Narcissists are not “full” of themselves, as popular perspectives might indicate. Instead, they are empty, depleted selves. Psychologists suggest this stems from lack of emotional stimulation and the absence of mirroring in the early stages of life. The narcissist’s search for attention and affirmation takes craving, paranoid, manipulative, or phallic forms and is essentially a desperate attempt to fill the internal emptiness. Capps suggests that two narratives from the Gospels are helpful here: the story of the woman with the alabaster jar and the story of Jesus’s dialogue with Mary and John at Calvary. These stories provide us with clues as to how depleted selves experienced mirroring and the potential for internal peace in community with Jesus. 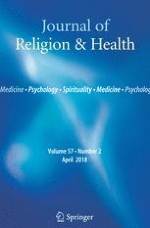 On the Couch: A Repressed History of the Analytic Couch from Plato to Freud

Human Development and Pastoral Care in a Postmodern Age: Donald Capps, Erik H. Erikson, and Beyond