Two or more consecutive surgical evacuations were associated with an increased risk of both SPTB and LBW compared to unexposed group. 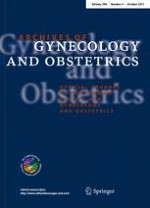 Efficacy and safety of misoprostol, dinoprostone and Cook’s balloon for labour induction in women with foetal growth restriction at term

Pathobiology of myomatosis uteri: the underlying knowledge to support our clinical practice