Robotic surgery is the most advanced development in minimally invasive surgery. However, the number of reports on robot-assisted endoscopic gastrointestinal surgery is still very small. In this article, we describe total laparoscopic pancreaticoduodenectomy (PD) undertaken using the da Vinci Surgical System® (Intutive Surgical).

Three patients underwent robotic PD between November 2009 and February 2010. Following resection of the pancreatic head, duodenum, and the distal stomach, intracorporeal anastomosis was accomplished by Child’s method of reconstruction, which includes a two-layered end-to-side pancreaticojejunostomy, an end-to-side choledochojejunostomy, and a side-to-side gastrojejunostomy.

The time required for surgery was 703 ± 141 min, and blood loss was 118 ± 72 mL. The average hospital stay period was 26 ± 12 days. As a postoperative complication, pancreatic juice leak occurred in one case, but it was managed with conservative treatment. Of the three patients, one had cancer of the papilla of Vater, one had cancer of the pancreatic head, and one had a solid pseudopapillary neoplasm. In all cases, the surgical margin was negative for tumor.

Robot-assisted PD required a long time, but organ removal with less bleeding was able to be safely performed owing to the high degree of freedom associated with the forceps manipulation and the magnified view. Similarly, pancreatojejunostomy could certainly be conducted. No major postoperative complications were found. Accumulation of da Vinci PD experience in the future will lead to safer and faster PD. 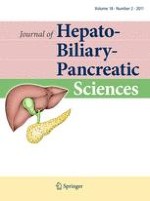