This was a retrospective study using the National Cancer Database between 2010 and 2013. We compared the perioperative, pathological, and mid-term oncological outcomes between RPD and LPD.

In this national cohort of patients, LPD and RPD were associated with equivalent perioperative, pathological, and mid-term oncological outcomes. 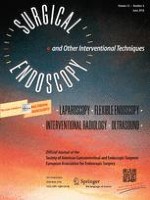 C-reactive protein in predicting major postoperative complications are there differences in open and minimally invasive colorectal surgery? Substudy from a randomized clinical trial

Morbidity and mortality from a propensity score-matched, prospective cohort study of laparoscopic versus open total gastrectomy for gastric cancer: data from a nationwide web-based database