Role of positron emission tomography in the assessment of disease burden and risk of relapse in patients affected by giant cell arteritis | springermedizin.de Skip to main content
TOOLBAR 1 2 3 4
SUCHE MENÜ 1 2 3 4

Giant cell arteritis (GCA) is characterized by two subsets: cranial GCA and large-vessel GCA (LV-GCA); positron emission tomography (PET) is an essential tool in the diagnosis of LV-GCA. In this study, we aimed to investigate its potential prognostic value in the stratification of relapse risk. We retrospectively revised all the clinical records of patients who received a diagnosis of GCA at an immuno-rheumatology clinic of a University Hospital along 6 years and who underwent to a PET-CT examination at diagnosis. Clinical, laboratory, and imaging data were collected. Relapses were recorded. The study population included 19 patients (10 females, 52.6%; median age 74.0 [65.5–76.0] years), 12 with typical cranial GCA (63%) and 7 (37%) with LV-GCA. Based on PET findings, a diagnosis of aortitis was made in 15/19 patients, including 8/12 patients with a classical cranial GCA (58%). Along a median follow-up of 15 months [4.5-26.5], 4 relapses were observed. All relapsers were male; indeed, the difference in gender distribution was the only variable reaching statistical difference between relapsers and non-relapsers. Specifically, aortitis was not more frequent among relapsers. Our study confirms PET as a valid tool in the identification of LV-GCA with no cranial involvement. We failed to demonstrate a role for PET in the prognostic stratification of GCA, while male gender is suggested as a potential risk factor for GCA relapse. 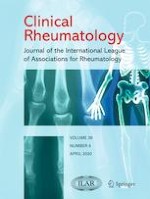