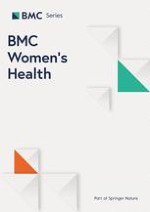 The economic consequences of selected maternal and early childhood nutrition interventions in low- and middle-income countries: a review of the literature, 2000—2013

Twenty years and still counting: including women as participants and studying sex and gender in biomedical research

Patterns of domestic violence and alcohol consumption among women and the effectiveness of a brief intervention in a household setting: a protocol study

Use of HIV counseling and testing and family planning services among postpartum women in Kenya: a multicentre, non-randomised trial