Minimally invasive cardiac surgery (MICS) using a small surgical incision in children provides less physical stress. However, concern about safety due to the small surgical field has been noted. Recently, the authors developed a modified MICS procedure to extend the surgical field. This report assesses the safety and benefit of this modified procedure by comparing three procedures: the modified MICS (group A), conventional MICS (group B), and traditional open heart surgery (group C). A retrospective analysis was performed with 111 pediatric patients (age, 0–9 years; weight, 5–30 kg) who underwent cardiac surgery for simple cardiac anomaly during the period 1996–2010 at Juntendo University Hospital. The modified MICS method to extend the surgical view has been performed since 2004. A skin incision within 5 cm was made below the nipple line, and the surgical field was easily moved by pulling up or down using a suture or a hemostat. The results showed no differences in terms of gender, age, weight, or aortic cross-clamp time among the groups. Analysis of variance (ANOVA) indicated significant differences in mean time before cardiopulmonary bypass (CPB), CPB time, operation time, and bleeding. According to the indices, modified MICS was similar to traditional open surgery and shorter time or lower bleeding volume than conventional MICS. No major mortality or morbidity occurred. In conclusion, the modified MICS procedure, which requires no special techniques, was as safe as conventional open heart surgery and even reduced perioperative morbidity. 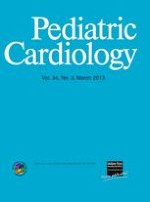