The objective of this study was to assess the safety of four insulin analogs (aspart, lispro, glargine, and detemir) for the treatment of diabetes in pregnancy.

We searched Embase, Pubmed, and the Cochrane Central Register for Controlled Trials database through May 31, 2014. All articles were reviewed by two independent researchers, and if a discrepancy was noted, a third researcher was consulted. Results data were summarized by RevMan 5.2 software.

Our search resulted in the retrieval and screening of 3519 studies. Of those, 24 studies met the eligibility criteria; the studies reported on a total of 3734 women with pre-gestational or gestational diabetes during pregnancy. The use of lispro was associated with lower rates of neonatal jaundice (RR = 0.63) and severe maternal hypoglycemia (RR = 0.33) than regular insulin. Lispro use was also associated with higher birth weight (WMD = 116.44) and an increased incidence of large for gestational age (LGA) births (RR = 1.42) compared with regular insulin. Rates of cesarean section and macrosomia were similar in pregnant women treated with aspart and regular insulin. Birth weights and rates of severe maternal hypoglycemia, respiratory dysfunction syndrome, and neonatal intensive care unit admission were similar after pregnant women were treated with glargine and NPH insulin. Rates of LGA, macrosomia, and neonatal hypoglycemia were similar after pregnant women were treated with detemir and NPH insulin.

Aspart, glargine, and detemir are safe treatment options for diabetes during pregnancy; these insulin analogs did not increase complications for the mothers or fetuses in our study. However, lispro was related to higher birth weight and increased rate of LGA in neonates. More high-quality randomized controlled trials are needed to clarify the best treatment options for diabetes during pregnancy. 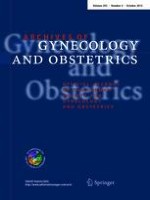 Could surgeon’s expertise resolve the debate about surgery effectiveness in treatment of endometriosis-related infertility?

Association of the intercellular adhesion molecule-1 (ICAM-1) gene polymorphisms with endometriosis: a systematic review and meta-analysis