Sarcoidosis is a granulomatous disease of unknown etiology. Occasionally, triggering causes are identified, such as neoplasms, and they are termed sarcoid-like reactions, which may appear in any sarcoidotic target tissue. Choroidal metastases appear as part of widespread metastatic disease or as the first suggestion of neoplastic disease. They can also be a part of the differential diagnosis of a spectrum of inflammatory eye diseases. We present a case in which a lung carcinoma, pulmonary and eye sarcoid-like reactions, and choroidal metastasis take place in the same patient.

A 60-year-old male with a past history of pulmonary sarcoidosis and associated anterior uveitis was diagnosed with a lung carcinoma with no regional lymph nodes extension, so that the resection surgery was performed without additional systemic treatment. At the same time, he complained of visual acuity loss and pain in his right eye. An intense ocular inflammatory reaction and a choroidal mass compatible with metastasis were identified. A vitrectomy with an accompanied histological exam of the lesion was deemed inconclusive. Ocular symptoms progressively worsened showing mass growth, and as a result, an enucleation was performed and the histological study subsequently revealed metastasis from his lung carcinoma. 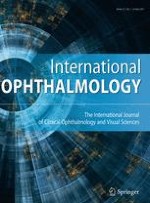 Red reflex examination in neonates: evaluation of 3 years of screening

A comparison of responses to intravitreal bevacizumab, ranibizumab, or aflibercept injections for neovascular age-related macular degeneration