Traditional definitions of sarcopenia have described an aging-associated disorder roughly defined as muscle mass two standard deviations below the young adult demographic. In an effort to clear the ambiguity pertaining to such descriptions, two international bodies have put forth working definitions of sarcopenia, namely The Society of Sarcopenia, Cachexia and Wasting Disorders in 2011, and The European Working Group on Sarcopenia in Older People in 2009.

This paper will look at the current zeitgeist of sarcopenia through a range of studies and will argue that what we have is an amalgamated and often conflicted description, rather than a definition, of the sarcopenic condition. Herein, we will consider whether such descriptions of sarcopenia should center on the consideration of the neuromuscular junction (NMJ) rather than describing the condition more in terms of muscular pathology.

Consideration was given to studies of the NMJ to advance the idea that present notions of the sarcopenic condition are incomplete and that at its’ core, sarcopenia is an age-related disorder of the NMJ. 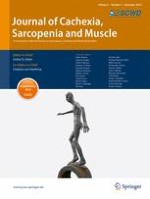